Who doesn’t know of Val Kilmer?

First, there are his incredibly varied and renowned acting roles; from Iceman in “Top Gun”, to Jim Morrison, to Doc Holliday, to Batman, to Gay Perry in “Kiss Kiss Bang Bang” with the list going on and on.

Then there is his writing; he has written two books of poetry. In 2012 he received a Grammy award nomination for Best Spoken Word and now he has a new autobiography I’m Your Huckleberry: A Memoir (which, by the way, is really great!).

His charitable work has extended from taking an active role in helping after Hurricane Katrina to lobbying Congress in 2013 of behalf of the Equitable Access to Care and Health Act.

You’d think this man has done it all…

And you’d be right… and wrong… Val Kilmer just doesn’t stop! Being the type of person who keeps evolving means that Val is now flourishing in his new workspace/studio/gallery, HelMel Studio & Gallery, creating art and mentoring artists.

We became aware of Val’s newest passion project of HelMel Studio and so we asked our good friend, Brad Koepenick, who has known and stayed close with Val since their days at Chatsworth High School, if he would sit down and ask him our questions. Brad, quite a fascinating character himself, is an entrepreneur whose heart lies with education, Spoken Word, theatre and film.

So, here’s our questions and Brad Koepenick’s conversation with Val Kilmer. Brad: You have had an amazing, varied career and seem to be on another trajectory. What led you to this point of spending more time as an artist and mentor?

Val: Circumstance. You have to have a certain track record as an actor and that’s an uphill battle, you know, to become known again. And then there’s my children which led me to spend more time in LA. And then I lost my ranch and that’s the circumstance. I had to come here in order to pay for the 150 acres that I have left. And, uh… I wanted to do my play, “Citizen Twain” in preparation for my film. And the film, as you might know, is “Mark Twain and Mary Baker Eddy”.

Editor’s note: Val created and acted in a wonderful one man show “Citizen Twain” which is currently the film “Cinema Twain”. This work has laid the groundwork for Kilmer’s feature film project, “Mark Twain and Mary Baker Eddy”, which he wrote.

Brad: How has your journey shifted directions? Where does your heart lie?

Val: Well I’ve always been interested in healing and it’s just a natural progression. Mrs. Eddy suggests that you become exceptional in your own field first, then you prove yourself individually in your community. And then you can step away from that former job.

Brad: What is HelMel Studio & Gallery?

Val: HelMel Studio provides a fun, sacred space where eclectic artists gather to collaborate and through new technology inspire giving and spark change in our local community.  The home of our film and tv production company, my art gallery and our tech company, SparkRise.  SparkRise is a solution for fundraising.  We’ve gathered a collective of friends in and out of entertainment and officially launch next month. SparkRise.com

Brad: Where is HelMel located?

Editor’s note: HelMel Studio & Gallery is located at the corner of Heliotrope Drive and Melrose Ave. in Los Angeles, CA… hence the name. Brad: Did you run into any road blocks in launching HelMel or did it all fall together naturally?

Val: No, never (he laughs). I have to say, it’s been a piece of cake. Angels visit… like we wanted a space the quarter the size of what we call “The Sandbox”. Instead we have three spaces.

Brad: What inspired you to create this space?

Val: Lack of a home. Like Joe Papp with the Public Theatre, I wanted a place where actors and artists could play. I couldn’t get in a gallery so I made my own (he laughs).

Brad: What does HelMel Studio hope to provide for artists and art lovers?

Brad: With museums and venues currently closed, what’s the best way for people to help support the arts right now?

Val: Take a little time and find out what you love ‘cuz you might not know. Whether you’re an art lover, entrepreneur, run a non-profit or are an artist or performer there’s something down here for everyone. “We Love The Artist”

Brad: How do you find your artists?

Brad: Are they personal favorites of yours and you seek them out?

Brad: Is there a submission process?

Brad: Whose art are you currently intrigued by right now? Brad: What’s coming up for HelMel this year? And beyond?

Brad: What is a typical day like for you?

Val: Avoiding Steven (HelMel facility manager) and my team, so I can get busy with art!

Brad: You have always been so creative. What is your greatest achievement? What are you most proud of?

Brad: What have you learned about yourself doing this work?

Val: I have been able to prove a point, that love heals.

Brad: I’m reading your book, “I’m Your Huckleberry”, a magical mystery tour through the life of an iconic actor and artist. What are you reading right now? 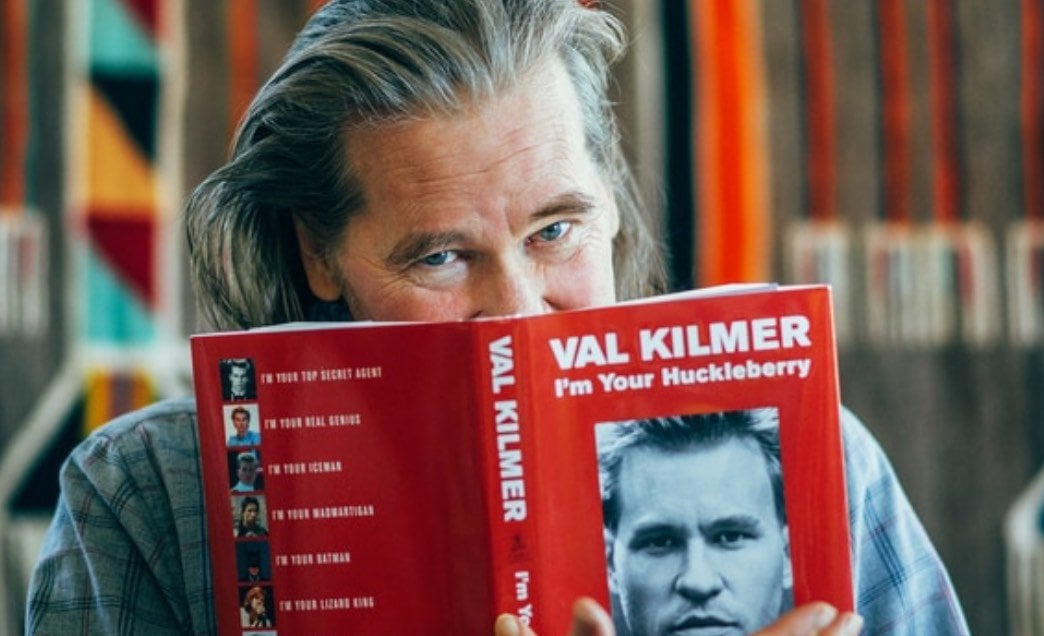 Brad: How can the reader get involved?

Brad: Is there anything else you’d like the reader to know?

Val: These are good questions.  I think what I want them to know is that we found a way to take the pain out of running a non-profit and that’s SparkRise, a better, faster, easier way to raise funds for your cause (and it’s fun). We have a place for young people to learn and be mentored, for novices to collaborate with professionals, for art to heal. The buyer, collector or fan has an opportunity or an open invitation to meet the artist.

Brad: What’s on your “go-to” playlist?

Brad: Who would win in a fight between Spiderman and Batman?

and learning more about both Loving husband, father, friend and host of Jeopardy!. We hold his family, his best everlasting legacy, in our hearts. Finding art in all of nature’s most intimate moments.

When you see Michelle Valberg’s photography, you are immediately transported. You are faced with the most intense, beautiful locations and creatures…