Yes, it is true. You share things with fellow actors in an acting class that your nearest and dearest family members may not even know. In a great class, like that of the brilliant Gordon Hunt, you experience moments never to be forgotten, like the time a fellow class member sang BUDDY CAN YOU SPARE A DIME a capella, as a tribute to his hard bitten father. I can’t remember what the assignment was or why he was singing. But that moment of sadness, bitterness and longing remains lodged in my memory forever.

After a long hiatus, I decided to take up acting class again this summer.

I don’t know what prompted me except some kind of inner dare. Acting, and especially stage acting, is all about being alive and in the moment; physically present. How could Zoom approximate any of these things? I was all ready to leave the meeting if it was just too painful. I neglected to consider that the class I signed up for was at 11AM New York time. So there I was, perched in front of Zoom at 8AM Los Angeles time.

The class began. And I realized that it was made up of people from all over the world, something that would never have happened before. There was a woman from Zambia, a man from Ireland and another from Italy. A young woman from Istanbul became my partner for a scene from a Shaw play. We met to rehearse at 6AM Istanbul time. The sun was just coming up and birds flew across the blue sky behind her. It was the beginning of the day for her, the end for me.

We shared stories about our lives in America and Turkey, our dreams, our fears. I loved seeing the work of my fellow actors. I loved most of all hearing the stories and thoughts about the life of an actor from our teacher. He is a revered stage, screen and television actor in his early 80’s. It was clear to us all that he was not well. But he never spoke about it, never referred to it. He was simply there every week, to let us know what he saw, to be a witness to our work. To make us better actors. Better humans.

Then, at the last class, our teacher was late

Everyone had prepared work; Shaw, Ibsen, Williams, August Wilson and so forth. We waited in our squares, from all over the world. Then our teacher appeared. At first, we couldn’t see where he was. Then one by one we realized that he was coming to us from a hospital bed. There was an IV of some kind. He was dressed in a blue hospital gown. But he made no reference to it. “What’s up first? Let’s see some work.” I looked at the faces of my fellow students. They were stunned. Some were tearful. Some had to swallow several times. Many eyes were as big as saucers. But we all worked. We all probably did the best work we had ever done.

Nurses came and went, taking care of our teacher. But no one ever stopped or paused. The final scene, fittingly, was Chekhov. When it was finished, we all looked at our beloved teacher. His smile was wider than his blue face- mask, which drooped below his chin. He was totally, completely present; in a moment of awe. We shared that moment with him. “That was the best three hours ever, wasn’t it?” he said. Everyone Deserves A Second Chance

Why Jean & Alex Trebek decided to help Hope of the Valley and their mission to reduce and eliminate poverty, hunger and homelessness.

READ ABOUT IT HERE 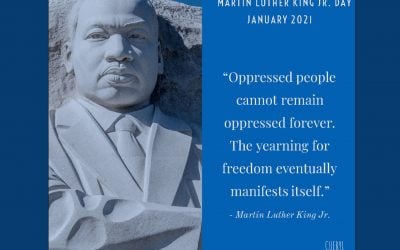