In high school, I was one of those kids who got to school two hours early and spent a lot of time there after hours. It wasn’t always for sports or clubs. I loved my teachers. They were some of the best people I knew, and they taught me all about character. I felt safe with them. I felt seen by them. I felt appreciated by them. I didn’t feel that I fit in anywhere else in my life, but my favorite teachers saw past the teenage awkwardness. I think they saw my heart.

Inspiring Teachers Will Challenge You

When I saw my schedule for my senior year, I walked right into the counseling office. I really wanted to be in Mr. Henn’s math class again. I had him the year before, and loved every minute of it. He was a great teacher, he liked to tease me in a way that made me feel special, and he was a very tough grader (I still don’t understand why we couldn’t get partial credit on our tests…). He drove me to excellence. I stayed up late every night studying, because I wanted to ace his tests. When I told the guidance counselor that I wanted to change my schedule so that Mr. Henn would be my teacher, he spun around in his chair, and said rather incredulously, “You want to transfer INTO his class? Everyone else wants to transfer OUT!” What can I say? I loved the challenge.

My 10th grade Honors Algebra teacher was Ms. Cheremeta. She was firm, but also very warm, loving, kind, gentle and smart. She knew who wanted to do well in her class, and would take the time to explain something in a different way if you asked. I learned the gift of one on one time from her, and her demeanor stayed with me throughout my years of tutoring students of all ages. She set the bar high for all her students and I respected her for that. What I found remarkable about her (and this only recently sank in) is that she didn’t hide her intelligence, and she also didn’t brag about it. She simply owned it in quiet, yet powerful way. She was an amazing role model for me.

The teacher who changed my view on so many things was Mr. Thomson. I still remember the first time I met him. He came into our Physics class with a set of keys in his hands, walked around the room, and asked if he was moving. The answer seemed like an obvious yes. His lesson was on relative motion, so there were actually some factors to consider. I was instantly intrigued. He had a different approach to everything.

Over the course of our year together, he never turned me away for asking questions. If he didn’t know the answer right away, he would ask another teacher or look it up and get back to me. I never thought any less of him for not knowing. I actually appreciated him even more because he was willing to admit the truth. What a gift that was!

One eye-opening moment happened after I found out that I would have to miss his class to receive an award. I was telling him about it, and said that it was a no-brainer for me. I wasn’t going to go, because of the conflict. His class was my favorite place to be. He looked me straight in the eye and said that he would fail me if I skipped the awards ceremony. He wasn’t joking. I didn’t understand what the big deal was, but he was adamant and I did as I was told.

It’s interesting that just yesterday I was talking to a close friend about how we can sweep our successes under the rug. Why don’t we celebrate more? This is a lesson that’s taken some time to sink in, and I’m so glad that Mr. Thomson planted that seed all those years ago.

RELATED: What Does the College Experience Look Like in a Pandemic?

Inspiring Teachers See the Best in You

These are the teachers who inspired me to follow in their footsteps. While my life took a different turn than theirs, and I moved on from teaching in a school setting after a few years, I imagine that I’ll always be teaching in some capacity. It’s a deep connection to those loving souls who saw the best in me and encouraged me to soar. I love that they will always be a part of me. 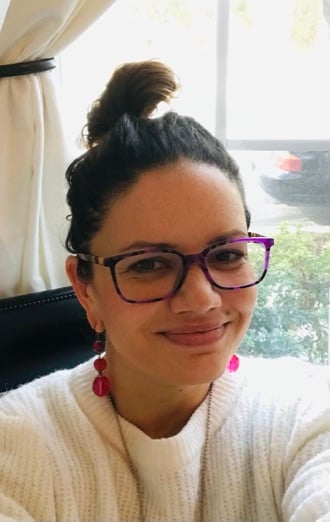 Natalie has a passion for personal growth and development, spirituality, farmhouse makeover shows, crafts and Pinterest boards.  Her biggest desire is to live life fully expressed.  She loves being a part of the "What If" UP movement, and has her eye on a career in design.  She currently lives in beautiful Valencia, CA with her loving, teddy bear of a husband.

To find out more, visit www.thejoyfulgenie.com.